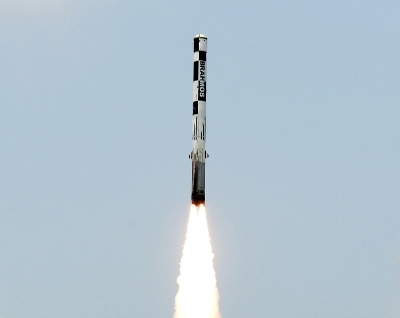 NEW DELHI: A BRAHMOS supersonic cruise missile was successfully test-fired by a unit of Eastern Command of the Indian Army from Car Nicobar Islands, the Army said.

The exercise, conducted on May 22, was part of joint training by the Army, Navy and the Air Force.

"The launch of the BRAHMOS missile involved coordination with a large number of agencies for successful and smooth conduct of firing. It was a cohesive effort of all the three services demonstrating high standards of Inter Service Synergy," the Army said.

The missile was test-fired on a specially designed target chosen at a range of 270 kilometres, they said.

It validated deep penetration capability by the supersonic cruise missile and accurate engagement of targets in depth.

The BRAHMOS missile, product of a joint collaboration of India and Russia, is a major 'Force Multiplier' in modern day battlefield with its multi role and multi platform launch capabilities.